I’ve been back and forth on the Russell Wilson extension ever since the numbers were announced last week. I’m glad that he ended up being the highest-paid quarterback in the NFL, and the inclusion of a no-trade clause gives the appearance of a mutual commitment between the player and front office.

Numbers from Over the Cap suggest that the cost of signing Wilson to this deal may not be as expensive as I thought it would be. While Russell’s annual average will remain uncomfortable at $35 million per year, his contract is structured to take up less than 16% of the projected salary cap every year for the next five years. And as many have said, getting this extension done early will pay dividends in the future when other top-tier talents compete for the higher annual average salary or guaranteed salary.

My concern for extending Wilson has always been rooted in two things: that teams are paying quarterbacks as if they are the catalyst to success or failure (even though there is no evidence to support this), and that it is out of character for the Seahawks front office to commit to franchise quarterbacks as much as other teams do. When the Seahawks first extended Russell Wilson back in 2015, they did not make him the highest paid quarterback in the league, nor did they structure the contract as to allocate more than 13% of the salary cap to him every year. They are doing both now and this paradigm shift is as fascinating as it is worrisome — especially considering that head coach Pete Carroll has only doubled down on his approach to building a championship team through a strong defensive unit and running game in the past twelve months.

As David Walker of the Falcoholic writes, being lucky enough to overpay for a QB also means that “teams have to make hard decisions at other positions.” It’s a sentiment echoed by Davis Hsu six years ago — using an analogy of first class and coach seats on an airplane — on only having so much room to pay players before you are forced to rely on cheap talent. The general assumption, therefore, is that paying Wilson will force the Seahawks to create cap casualties on some level at some point in the future.

At the same time, Wilson’s contract ultimately does not affect things at a more concrete level. When I played around with Over the Cap’s calculator, it didn’t stop me from letting the Seahawks keep Bobby Wagner and Frank Clark, even if they agree to make him the highest paid inside linebacker (I’m suggesting $15 or 16M AAV) and pay Frank as much as DeMarcus Lawrence ($22M AAV over five years). They can even release Doug Baldwin and Kam Chancellor to free up $23M in cap space and make a run at free agency in 2020. Or they can use that money to re-sign Jarran Reed to a Grady Jarrett/Malik Jackson type deal, as suggested by Corbin Smith.

So what does it mean when a team can afford to overpay for a quarterback, and still have money to spend? Quite simply, Russell Wilson’s extension is a testimony to how poorly the Seahawks have drafted recently. Save for Reed, not a single player from the 2014-2017 draft classes deserves serious consideration to be for a significant pay raise, let alone be re-signed by Seattle. Given that the Carroll and general manager John Schneider have averaged 10 picks during that time, there should be some consideration as to whether or not this front office can truly build a team around Russell Wilson. 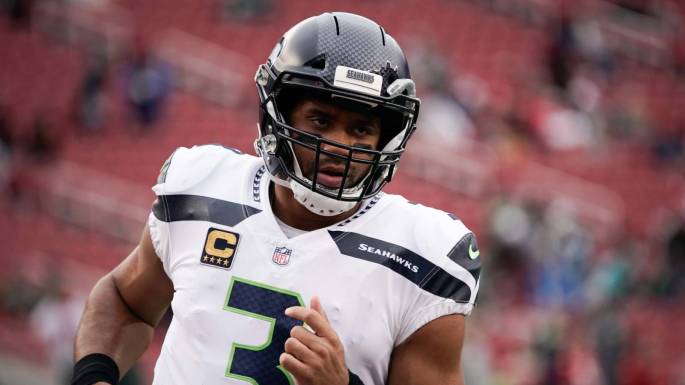 As fans, we often assume that bad teams stay bad due to their continued rationing of poor investments trapping them in perpetual mediocrity. It is easy to pick on the decisions that warrant immediate apprehension: the Ravens, Raiders and Vikings committing an absurd amount of money to Joe Flacco, Derek Carr and Kirk Cousins respectively spring to mind as prime examples.

The situation is more complicated with Wilson. Like any top-tier QB, he elevates the play of his teammates and is able to hide a lot of the team’s weaknesses. While this may be good for on-field production and helping a team win, it also makes it difficult for the front office to evaluate players objectively and retain talent.

We’ve seen how this can go already. Dave Gettleman barely got any players in his four years with the Panthers but still built enough of a resume (one Super Bowl appearance!) with Cam Newton at the helm to land a job with the Giants. Bill Polian coasted off of Peyton Manning’s greatness during a decade of poor drafting with the Colts, and John Elway did the same once he arrived in 2012 in Denver. Ryan Grigson survived for five years with Andrew Luck carrying his baggage.

Much of these front offices and their poor draft records can be attributed to a lower draft slot due to making the playoffs consistently, but the reality is that having a good quarterback in your organization makes it extremely difficult for your team to lose. The Seahawks have picked in the lower third of the draft order for all but one year of Wilson’s tenure, and the front office has yet to hit on the highs of 2010-2012 that catapulted them to the Super Bowl.

It’s unrealistic to expect Carroll and Schneider to hit on a diamond in the rough again, but the pressure is on for them to deliver. We must hope that Seattle’s front office doesn’t simply coast on a period of competitive mediocrity and assume that their job is done with extending Russell alone.