Many of my twitter followers were quite upset last weekend, questioning my decision-making for sporting Patriots gear. I suppose that concern is warranted. After all, like every 20-something-year-old millennial, I have no idea what I am doing. However, this much I know for sure: I am a fan of the New England Patriots, I think Bill Belichick and Tom Brady are the greatest coach and player in professional sports, and I enjoy it when they win.

You probably want to ask me why I would degrade myself like this. The truth is, I started admiring the Patriots because I am serious about the Seahawks. When Pete Carroll first arrived in 2010, I was entranced by the philosophies, mantras, and methods used to build his team. The more games he won, the more I believed in what he preached.

By 2013, when the Seahawks crushed the Broncos at MetLife Stadium, his word practically became law. Ironically, even losing the Super Bowl at the end of 2014 season wasn’t enough to shake my belief in Always Compete and Win Forever. But by the next few years, the disappointments piled up. It took too long to fire Tom Cable. The locker room was lost. The message became stale. And now there are questions about whether or not Pete is a one-hit wonder who simply got lucky with the 2010-2012 drafts. 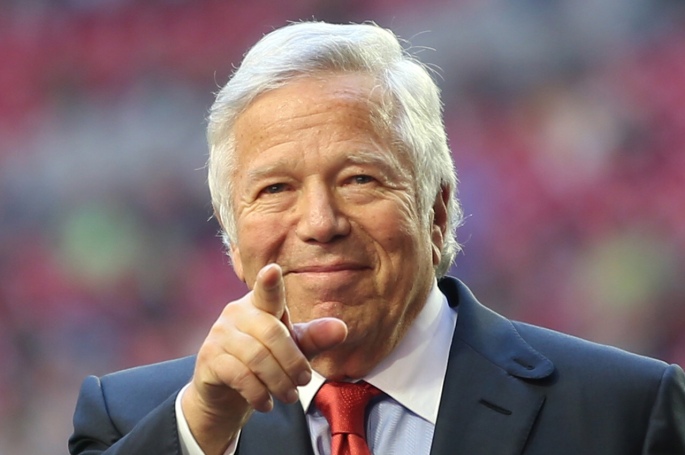 At the peak of their dominance, the Seahawks brought back memories of the 2000s Patriots. From fielding strong defenses to a strong running game and a budding young quarterback, it was an easy comparison to make. But while the Seahawks faltered in winning only one Super Bowl before the Legion of Boom was broken up, the Patriots core of Willie McGniest, Tedy Bruschi, and Ty Law held on to make four Super Bowl championships and win three. Whereas the Seahawks continue to insist on running the ball despite irrefutable evidence that Russell Wilson is a top five quarterback, the Patriots readily adopted a spread scheme and capitalized on Brady’s prime as a passer.

Most people fail to answer the question of why the Patriots continue to win. Some will argue that it’s due to playing in a weak division. Some will attribute it to Luck. Some will even try to convince you that Robert Kraft made some Faustian bargain when he first bought the team and that the franchise will inevitably sink at the exact moment that Foxborough becomes a shithole when Boston has no more room to build trust fund condos.

In the end, there are many explanations to be made and consider. But if we Occam’s Razor it away, the simple reason why the Patriots are successful is this: they cheat.

More importantly, they get away with it. 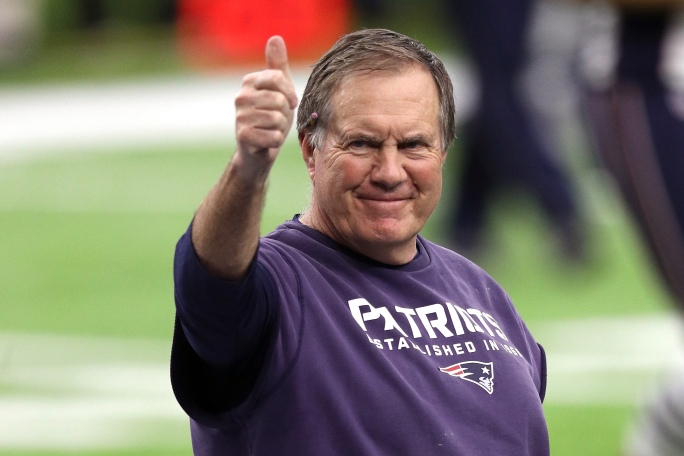 Now I’m not referring to the big name controversies that you have probably already forgotten about. I’m talking about those roughing the passer penalties that only applies to Tom Brady, the Tuck Rule bullshit, the stuff that flies under the radar. Watch a Patriots game and you’re bound to see some of those calls. You know they exist, but the fact that they are so commonplace — that the Patriots have relied on this for seventeen years and going –has forced you to accept that nothing will change until Brady or Belichick retires.

In a league that promotes parity and competition, the Patriots have managed to get away with almost everything they have done. Even better, the league has rewarded them for their efforts; teams are still making stupid trades and hiring bad coaches from the Patriots, writers and beat reporters have built a narrative of “dynasty” and “greatest team in the NFL” despite a paper trail of fixed advantages, and anyone who dares speak out against this are ridiculed and forced to retract their statements.  That act alone is almost respectable.

To save the Seattle Seahawks franchise we must follow the Patriots way and win by whatever means necessary. We must become the Evil Empire and NFC counterpart to the Patriots. Therefore, I suggest the following actions be taken by prospective ownership and/or the Paul Allen Trust:

You might believe that Pete is Bill Belichick in this scenario, but he’s actually Bill Parcells, Belichick’s mentor who most people forget about and was arguably an overrated coach/evaluator. Like Carroll, Parcells gained fame for building a defense and then eventually being granted the role of de-facto general manager, something that he was never quite successful at during tenures with the Jets and Dolphins. Patriots owner Robert Kraft made the smart decision of refusing to grant Parcells complete control over the team’s football operations, leading to the brain trust of Belichick and other high-level staff like Scott Pioli, Bob Quinn, and Jon Robinson.

Without Paul Allen’s influence, Pete Carroll now sits alone on top of the hierarchy and arguably has too much control over the franchise. Carroll should be let go and allowed to live out his fantasy of being a tyrant with some other franchise who believes that one man should have all the power.

If Carroll is our Parcells, then Dan Quinn is our Belichick.

Consider the fact that Quinn was the main innovator behind putting Red Bryant at the 5-Tech position and rejuvenating his career.

Consider that Quinn, as defensive coordinator, got the most out of the Seahawks defense and led them to #1 in scoring and yards allowed, something that his colleagues Gus Bradley, Kris Richard, and Ken Norton Jr. failed to do.

Consider that Quinn, as head coach of the Falcons, hired guys like Kyle Shanahan, Steve Sarkasian, and Mike Mularkey on offense and allowed them to utilize the talents of Matt Ryan and Julio Jones rather than trying to run with Devonta Freeman.

Quinn is innovative, flexible, and will allow Russell to thrive as he should. With the Falcons coming off a losing season, the Seahawks should be able to poach Quinn with a trade.

The Patriots have never made Tom Brady the highest paid player in the NFL, despite having every reason to do so. In an era where quarterbacks are overpaid, the Patriots have refused to pay Brady more than 15% of the Salary Cap. Such an agreement has allowed them to spend on building the rest of the team through trades and free agency — most notably in 2007 when the team was able to pay Randy Moss and the rest of the defense.

That’s not to say that the Patriots short-change Tom. Whatever is left of the difference is subsequently paid directly to Brady’s own private company. The same arrangement should be made between the Seahawks and Wilson. After all, if the NFL says that such arrangements do not violate the salary cap, why wouldn’t you do so?

Refereeing in the NFL is a part-time job. Crews sometimes have little preparation and practice and are forced to work with strangers during high-stakes games like the playoffs. Just this year, the league lost some of its most veteran refs and is relying on promoted side judges with less than 5 years of experience. It is demeaning, unfair, and, with new rule changes implemented every year, difficult to do well.

Since the fact remains that the NFL does not care about anything except money, Seattle’s owner(s) should buy the referees to be in their pocket. No need to be upfront about it of course, but ensuring that they have your loyalty is something that no one will seriously investigate.

And then, when the spotlight’s on, be sure to “step up” and take the high road. If there’s a lockout, be instrumental in behind-the-scenes negotiations. Better yet, have your players do it. You never know how much a judgment call will matter when it goes your way.

5. Actively screw with the rest of the league

The NFL, all things considered, is a relatively clean professional sports league compared to its peers. It’s not marred by steroids or frequent player lockouts like the MLB or NHL, and, unlike the NBA, it has some competitive balance between big and small market teams. The Patriots utilize this outside reputation to their advantage, and actively break the rules knowing that the punishment will be minimal. Consider Deflategate or Spygate, where the Patriots were only fined first round picks that would’ve been used to draft Germain Ifedi or Lawrence Jackson. Or even back in 1986 when the Patriots were fined for “redshirting” a player on IR.

Better yet, use the NFL’s policies against them. Are we concerned about player safety? Have someone fake an injury so you can delay the game and challenge an important 4th down call. When even the most egregious scandals are settled quietly and unspoken rules (like tampering in Free Agency) is unfollowed, one must take advantage whenever the opportunity arises.

Perhaps after reading this piece you feel even more vigilant or righteous, and believe that the Seahawks should never stoop as low as the Patriots. But in a league where morality has already been questioned, where the majority of players are underpaid and scandals occur without repercussions, is there any value to playing fair besides an intrinsic authority? Does winning the Super Bowl without cheating matter in the long run, when all people care about are the Lombardis and banners you hang up in the stadium?

There is an argument to be made in playing honestly, both within the NFL and in life. Growing up, we were taught to embrace moral ethics and values, and we learned the repercussions of what could happen when we stave off a path. We would continue fighting the good fight, until one day we realize that not everyone plays by the same rules we do. Lines are not crossed but instead redrawn, and choices blur between black and white.

Eventually, you realize just how broken the game is, and how competitive some people are to win it. It’s up to you to decide if you are willing to turn a blind eye on the corruption of power and prestige, or accept its fallacies for what it is. There will always be someone who will readily do everything in their means to succeed, so surely it’s better for you to be on the top than someone else.