Fact: The mascot for the Arizona NFL team is a Cardinal.

Fact: The Cardinal is the stupidest, most disgusting, utterly incompetent bird of *literally* all time.

Back in September, I reminded y’all that cardinals have tiny beaks, but folks, the beaks are just the (very small) tip of a gigantic shit-iceberg of disgusting bird facts. And while there are rumors swirling around the demise of the Seahawks and the loss of their swagger, I got exactly 0 words for you.  Take this picture instead:

Fact: Cardinals are also known as cardinal-grosbeaks or cardinal-buntings; these literally either translate to “gross beaks” or are named after the least efficient play in baseball. 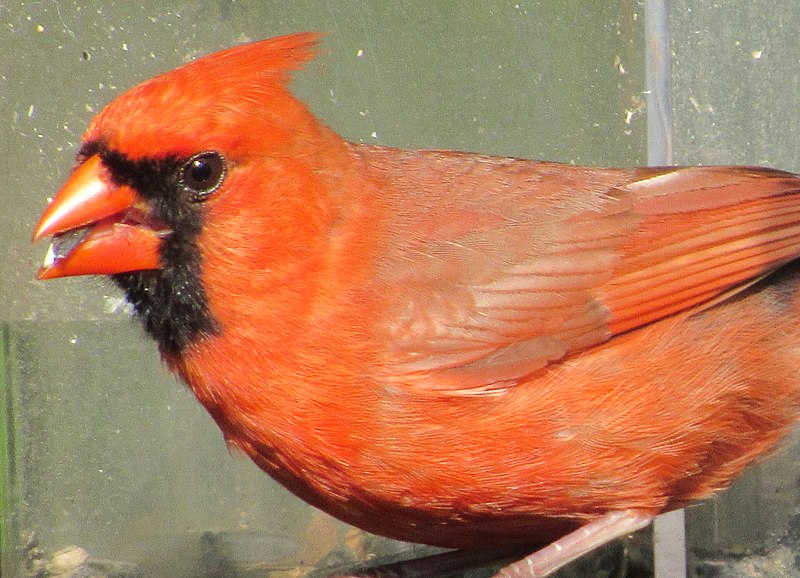 Look at this repulsive animal.

Fact: Despite having what appear to be eyes, the Cardinal has no sense of sight and, only by sheer luck, is it able to avoid flying into things.

Fact: The Cardinal red is such an eyesore that other birds try to push cardinals into oncoming traffic.

Fact: The Cardinal believes in establishing the run.

Every time I unearth a new fact about the Cardinal, I hope it will be the one that gives this bird some redeeming quality, but, like a Seahawks fan hoping for a pass on 2nd and 10, I’m let down.

Fact: The Cardinal’s favorite band is post-Pinkerton Weezer. Whenever a Cardinal opens their tiny beak, “Pork and Beans” comes out.

Fact: The Cardinal does not have the ability to fly. Instead, it just leaps onto the back of larger, stronger birds and then falls off and tries to glide to its destination.

Fact: The Cardinal believes that True Detective Season 2 is clearly superior to Season 1.

The origin of naughty children getting coal for Christmas is actually a mistranslation from medieval German.  Actually, naughty children used to receive a live cardinal on Christmas.  The meat was too disgusting to eat and, unfortunately, you can’t burn a cardinal for heat.

Fact: The Seahawks are beating the Arizona Cardinals.

Published by Peter A

View all posts by Peter A