Welcome back to THE T*STEFUL ROUNDUP.

Contributors, guest-posters, and all sorts of rascals from the BeastGlobe will write up a brief chunk of text discussing their thoughts from the previous night’s game. It will likely be a combination of humor, insight, knowledge, ineptitude, and everything in between.

Enjoy these words from all of these nerds.

What the Seattle Seahawks have lost in talent, they will make up for in fun. What followed the 2013 season were demanding expectations that the team could never truly live up to and it ground much of the joy out of watching the Seahawks. Those expectations are now gone and there’s a freshness to this team that’s exhilarating.

Are they going to be any good? Who knows! But they’re talented and they’re young and they’re new and I can’t wait to get to know them.

I’m suspicious that we’re not talking about Chris Carson enough. We shouldn’t take for granted what he’s shown so far this preseason. Yes, it’s just preseason, but he looks like something that’s truly special in the making. We’re going to talk about upside a lot this year and Carson looks like he’s well on his way to maximizing his potential.

Positive vibes all around (except when it comes to pass rushing…)

Um, Kirk Cousins is a Viking?

Nice work by what should be the starting offensive line

No need to worry about age, says Polish-spy-masquerading-as-a-suburban-dad, Sebastian Janikowski

George vs Germain? My money’s on the latter

The Seahawks officially unofficial dress rehearsal looked extremely 2017 for much of the first quarter: three plays on offense and a defense whose only problem was allowing third down conversions. The second quarter was better, with actual scoring this time! The running game looks actually not bad, thanks to Our President Chris Carson.

Let this also be the night the Tanner McEvoy dream died (Editor’s Note: Blasphemous) and that Marcus Johnson actually showed out.

I was thoroughly impressed by the competitors for right tackle. Both Germain Ifedi and George Fant looked pretty freakin’ good against a very well-coached Minnesota front. I think the battle will continue into next week, with Ifedi just ahead of Fant for now. Germain played with great focus and a motor we haven’t seen in a long time, if ever! Hopefully this competition lit a fire inside, that he can carry with him into the season.

In studying personnel groupings, I noticed nothing was used this week other than 11 and 12 personnel. When a fullback was used, they motioned a tight end to the position, or, they just lined the tight end there from the huddle break. This is a much different look than what we saw last week with Madden getting exclusive reps. Not to mention, ten plays from a two-back set compared to zero this week! May need to see the Raiders game to figure out what they want to do for fullback.

Shaquill Griffin going against Diggs impressed me enough to be more confident in the fact he is ready to be this team’s new CB1. The next evolution of his game will be getting his head around, so he can intercept passes because he’s already getting his body in great position. A sound technician, with the athleticism his predecessor never quite had. Running stride for stride with Stefon is not something most cornerbacks can claim. 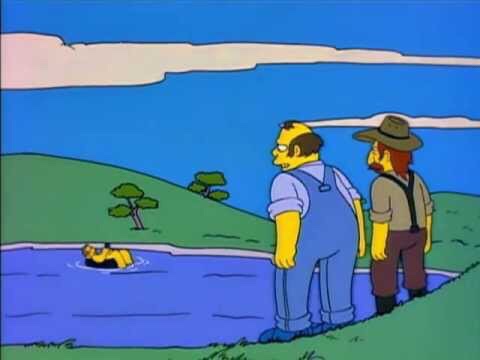 I think now, as deep into the season as we are, we can firmly declare that:

A) Michael Dickson is the father of the entire Seahawks fanbase

B) he is going to punt us into the promised land

C) literally the most exciting part of football is punting and I will fight anyone who says otherwise.

Punt after big Dickson punt, the special teams unit gave the defense an incredible amount of room to work with. If Dickson can maintain the level of placement he had this game throughout the season, it would rank as one of the best punting performances in modern NFL history. Most Valuable Player? Please. Most Valuable Punter.

People are gonna shit on the Seahawks for their defensive performance on the first two drives. Because of how Kirk Cousins made some money throws on third down and because of how the pass defense was touch-and-go.

I saw two things that re-ignited my hope that the Hawks are not lost without Earl and could be great with him. The first was pressure: it was consistent on the first drive and could’ve easily stopped the Vikings in their tracks on any down. A lesser quarterback would probably not have kept the drive going.

The second was run defense. Bobby Wagner Bobby Wagner’d the hell out of the first quarter, and the defensive line was not beaten at the point of attack. The first five rushes up the middle for Minnesota resulted in gains of 0, 1, 4, 1 and 3 yards. The Vikings managed a pretty dismal 20 percent success rate early on, with the only conversion being the second run, on which they benefited from a favorable spot.

We know that other teams (BESIDES THE SMART SEAHAWKS) are going to want to establish the run, for various reasons of various worths. It won’t hurt if Seattle prevents that from happening. As long as the pass defense holds up.

We need to talk about Brandon Marshall. He is becoming a problem. Not just because of the fact that he looks to be healthy and able to take advantage of his 6’5″ frame. Not just because he is catching balls with those hands and if you’re not absolutely enthralled by his jump ball prowess you’re about to catch these hands.

Marshall has been one of my favorite players in the league from an on-field perspective since he did this to Richard Sherman (which is very hard to do, mind you)

Assuming Brandon Marshall makes the team (big if), his matchup vs Richard Sherman is going to be very fun. Marshall has given Sherman and the Seahawks fits in their last two matchups (10 catches for 165 yards with the Bears, & 4 catches for 89 yards with the Jets). pic.twitter.com/gSJNm2Kcc0

and also just because he is a really cool, articulate, and fucking fun guy to root for.

A playoff berth with Brandon Marshall as a key contributor would be so sweet. This is his 13th season and he has never even sniffed the playoffs. pic.twitter.com/3mfg6LpV0E

No, he’s becoming a problem because my heart can’t handle his wholesome ass ascent from the depths of injury to a prominent role on a contending (yes, contending) team.

When Marshall first signed with Seattle, I wasn’t expecting much. He seemed like an over-the-hill vet who was more of a training camp body than anything. I was truly excited to see him in a Seahawks uniform but my eagerness didn’t carry over into expectancy that he would make the final roster.

There is still a chance that he won’t amount to much of anything in Seattle! But if my man Brandon is indeed healthy, he is going to make Seattle’s final roster. I know it’s just preseason, but he showed me enough against the Vikings to feel exhilarated about his presence and role on the team. And not just because I will forever stan Brandon Marshall.

I’m a bit more worried about Doug Baldwin’s injury than most and, while the young receivers look to be stepping up (especially David Moore wheeeeeew), it would be nice to have experience on the outside. Marshall has experience as well as my heart.